A daytime meteor shower occurs on the morning of the 7th June. Known as the Daytime Arietids, this shower is linked to the sun grazing comet 96P/Machholz. Detectable only by radar backscatter, the Arietids produces a level of activity comparable to that of the Perseids.

The activity graph is produced below and is obtained via my automated system. The missing bar at around 7 am is due to a high level of interference which causes my system to reject that 10 minutes block of data.

We held another observation session at our Trysull site on the 9th October. The sky was 100% clear from clouds for once, with a slight haze in the air as the evening drew on. Half a dozen members turned up at various times, and we were lucky to enjoy a very comfortable, mild, Autumn evening’s observing.

Three scopes were in use tonight. Steve bought along his Skywaytcher ED80 refractor with a go-to mount, and Martyn bought his pillar-mounted 110mm reflector. I took my Skywatcher 8” Reflector, so we were lucky once again in being able to use a range of different scopes.

A report from our Spanish correspondent (aka Doug Bickley)

I remembered on this holiday to Gran Canaria to pack some binoculars.  I chose my trusty old Tasco 40mm 8-16x zoom which to my mind are a good compromise between light gathering power and portability.  I also took a lightweight tripod. [Pic 1 & 2]

I recently changed my analysis software and the results and comments are below. The night of the 20th was just an ordinary night with no meteor shower expected. 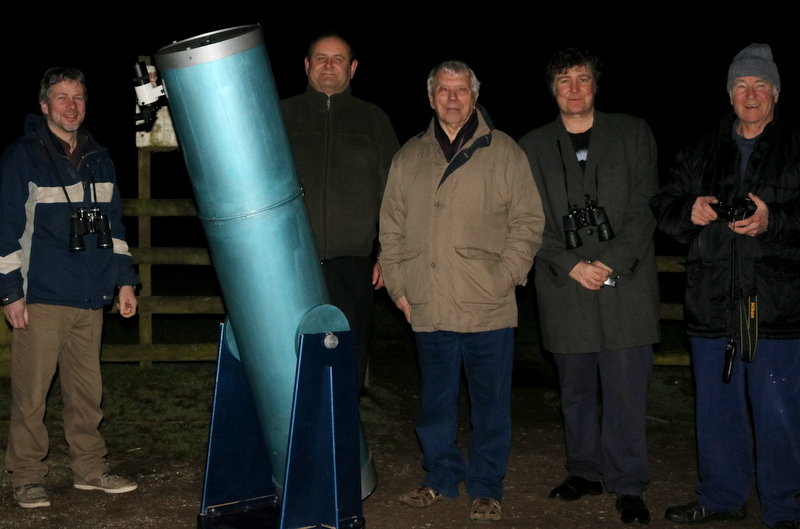 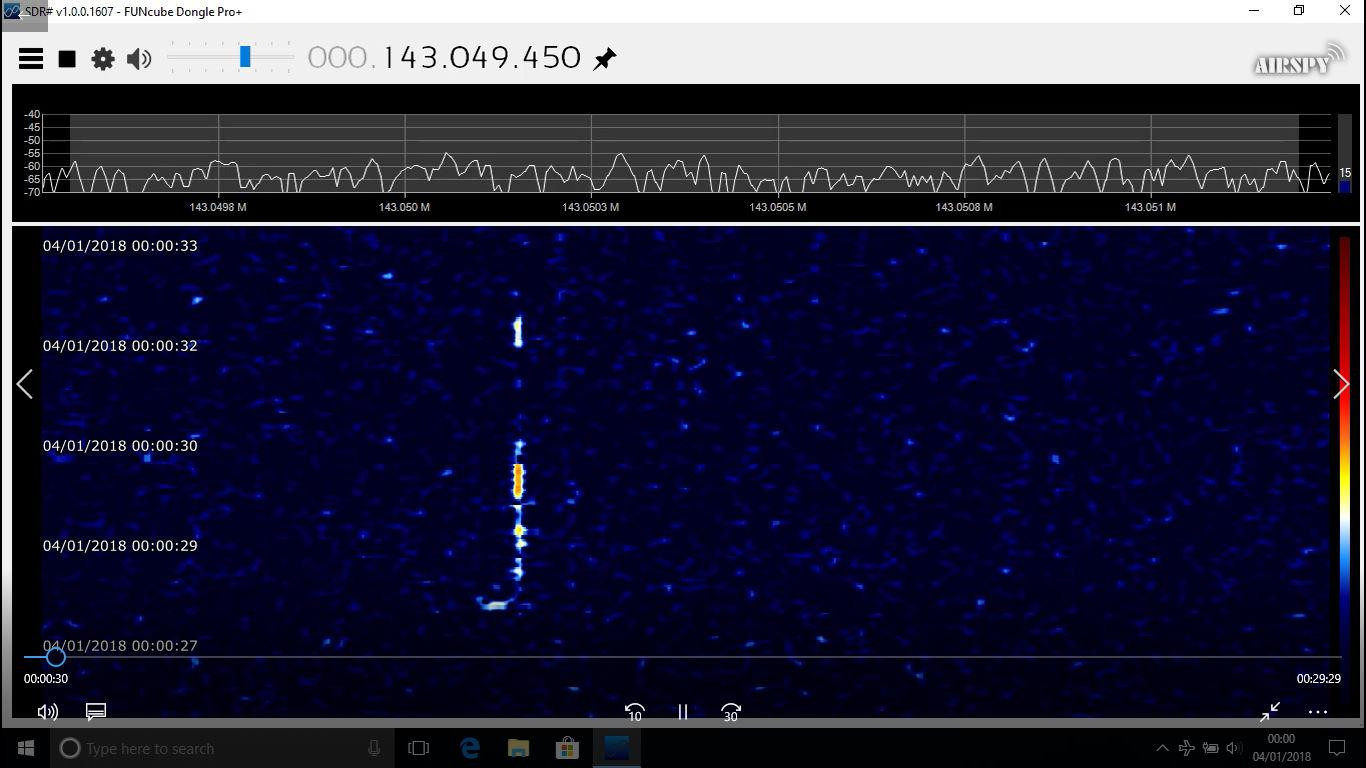 It was a case of ‘third time lucky’ for our new Trysull Observation Sessions. Two consecutive Tuesdays were postponed due to 100% cloud cover, but at last, the forecast was promising on Tuesday 28th November, and at 11am that morning, the text notification system informed everyone ‘it’s on!’

People started arriving at the Village Hall at 8pm. It was very encouraging to see such a good turnout. Around twenty astronomers of all ages and experience braved the crisp November night, and soon there was a row of telescopes set up, scanning the near-cloudless Trysull sky. Not everyone bought a telescope, but they didn’t need to. The telescopes there were used by everyone, and people drifted from scope to scope, looking at various cosmic sights, chatting about what they were looking at. It was a very friendly, convivial evening. At one point, as many as eight different telescopes of various sizes were in use on the large expanse of hard-standing behind the village hall.

After a very cloudy 2016 winter, we’ve at last been afforded a handful of clear skies for the first few months of 2017. For some reason, Wednesdays seem to be the night we’ve had the most clear skies, with the weekends typically clouded over. This is most irritating for those for astronomers with 9-5 weekday jobs, it seems we’re always at the whims of nature!

Venus has been putting on a superb show in the early evening sky, rising very high through February, and presently, (I’m writing this on 17th March), is heading lower in the Western sky. When it’s so visible, most amateur astronomers often get friends asking “what was that bright star I saw last night?” I’ve been asked several times over the past couple of months.

I took some photos of Venus through my 8” Skywatcher in January and February, and was pleased to be able to capture the both the changes in the apparent size and phases of the planet, as it gets nearer to us on its journey round the sun, (photo 1). On the 5th January it was approx 111,000,000 km away from the Earth, and on 26th February approx 54,000,000km away. It always fascinates me that Mercury and the Venus are the only planets that show Moon-like ‘phases’, being closer to the Sun than us.

Deep sky observing in the summer can be quite a challenge. When we talk about ‘deep sky objects’, we’re generally referring to things like Nebula, star clusters, galaxies etc, pretty much everything that’s not a single star or a planet. The astronomer Charles Messier made up a list of the most interesting deep sky objects and we still use his listings and his ‘M’ numbers today. These objects can sometimes be quite faint, and when the sky is bright they can prove elusive, but it’s worth the hunt. Messier objects are some of the most fascinating things in the night sky.

The constellation photographs I’m using to illustrate this article were all taken by me this year using a Fuji XF1 (which is a small compact camera, not an SLR) on a small tripod. Most shots were between 20-30 second exposures at f1.8 and 100ISO, using a two second timer to eliminate camera shake, (picture 1) shows the area of sky looking west after sunset, towards Corona Borealis and Bootes). To locate the deep sky objects in this article, I’d recommend a sky-atlas. My favourite is ‘Turn Left at Orion’, published by Cambridge press.

Amongst the first stars you see in the summer, as the sun sets and the sky darkens, are the stars of the ‘Summer Triangle’. Deneb, Vega and Altair, in constellations of Cygnus, Lyra and Aquila respectively. Vega shines right overhead in Summer, a bright beacon, and it’s always a welcome sight. Four stars near it form a ‘squashed box’ shape that makes up the constellation of Lyra, and in between two of these stars is M57 – the famous Ring Nebula.

As the summer equinox approaches, it brings with it the onset of long daylight hours, and short, hazy, night-time summer skies. Many amateur astronomers screw their lens caps on tightly, and their telescopes go into hibernation till the winter. I’ve always thought this a bit of a shame; the summertime night sky can deliver some lovely astronomical sights. With this in mind, I thought I’d write a little about my own observations over the 2016 summer for Lyra, some of which will hopefully be of interest to society members.

First, a bit of background about my observation sessions & equipment. I live in Chapel Ash, which unfortunately suffers from quite severe light pollution from the nearby city. Realising I needed to get away from the city lights to do any decent deep-sky astronomy, three years ago my dad and I renovated an old shabby ten-foot caravan, which I now use primarily for music festivals and astronomy (picture 1). It’s become an invaluable companion for my observing sessions. In it, I fitted a cooker, a heater, and the dining table folds down into a comfortable bed. It’s an ideal all-year round base. In the winter, if I get cold observing, I can nip in the caravan to get warm, and have a coffee or a wee dram whilst poring over my star charts.